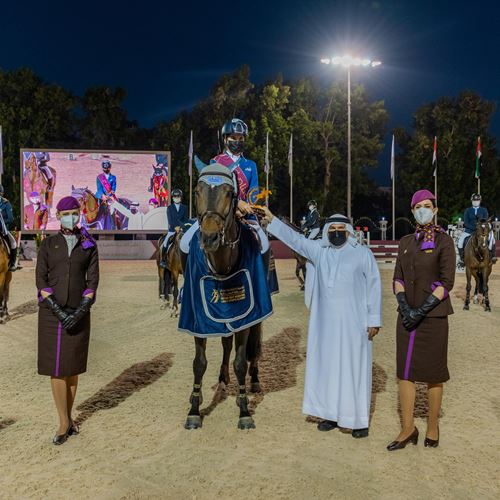 Under the Patronage of Her Highness Sheikha Fatima Bint Mubarak,

14 January 2022 - Abu Dhabi, UAE: Some of the best experienced and promising riders from the UAE, region and the world showcased their talent at Abu Dhabi Equestrian Club as the FBMA International Show Jumping Cup 2022 got underway on Friday.

The opening day of the 9th edition of the prestigious international event, organised by Fatima Bint Mubarak Ladies Sports Academy (FBMA), featured more than 120 participants as they competed across five categories in front of hundreds of spectators following strict precautionary measures. The event also provides an opportunity for female riders and showjumpers to participate competitively.

Offering a glimpse of a bright future of the sport for UAE, Mabkhout Owaida Al Kirbi was among the Emiratis to triumph. In the Children’s A, CSI category, which allows riders to compete on two horses, Al Kirbi clocked the two fastest times with 54.21 and 57.94 seconds on his Zandocan C and Air Ukraine horses respectively to win gold and silver. Syria’s Sabri Badincki (Chacco Prince) finished third.

15-year-old Abdalla Al Kirbi (Coral Beach Z) won the CSIJ-A category in 57.71 ahead of Syrian duo Layth Ghurayeb and Yaser Al Masri. Following his win, Al Kirbi has set his sights on becoming a world champion in the future. He said: “There are no words that can explain how I am feeling right now, I am very happy that I won today. I am going to continue training hard and will keep pushing until I win a world title.”

Hamcho said: “This is my favourite competition of the year as it’s the only competition where only females are competing and we get to really push each other very hard with the help of the support.”

Great Britain’s Georgia Tame was also another woman to triumph in the CIL2* category on Z Seven Caretina. She also secured silver, riding her horse Can Ya Makan with Jordan’s Maysam Bisharat in third.

The competition, which has attracted over 230 riders from over 20 countries across 18 event categories for a total prize pot of AED685,000, will resume on Saturday with winners to be decided in six categories.

Her Excellency Naema Al Mansoori, FBMA Board Member, said: “The unprecedented turnout to participate in the 9th Fatima Bint Mubarak International Showjumping Cup confirms its leading position locally, regionally and internationally. The international championship has become a preferred destination for elite jockeys from all around the world due to its competitiveness and how organised it is.”

She added: "The Fatima Bint Mubarak Ladies Sports Academy constantly tries to develop women's sports in the UAE to encourage the participation of young jockeys, support the process of developing the talent of Emirati jockeys and refining their talent by providing them with the opportunity to compete alongside some of the best international jockeys to help them get on the right path towards world championships.”

Additionally, Etisalat is the Telecom Partner of the competition. Sultan Al Dhaheri, General Manager, Etisalat Abu Dhabi, said: “We’ve been proud supporters of major local and international sporting events, and Etisalat is delighted to be the official telecom partner of the ninth edition of FBMA International Show Jumping Cup. Our partnership resonates with our commitment to support sports activities and initiatives, empower Emirati women in all fields of endeavour, and promote a healthy lifestyle in our community. We look forward to Emirati female riders showcasing their skills and talent on an international stage, thanks to Her Highness Sheikha Fatima bint Mubarak, Mother of the Nation, for her patronage and pioneering role in supporting the advancement of women in all fields, including sports.”

Members of the public can catch all the action by watching the live streams on YouTube and on Yas TV. 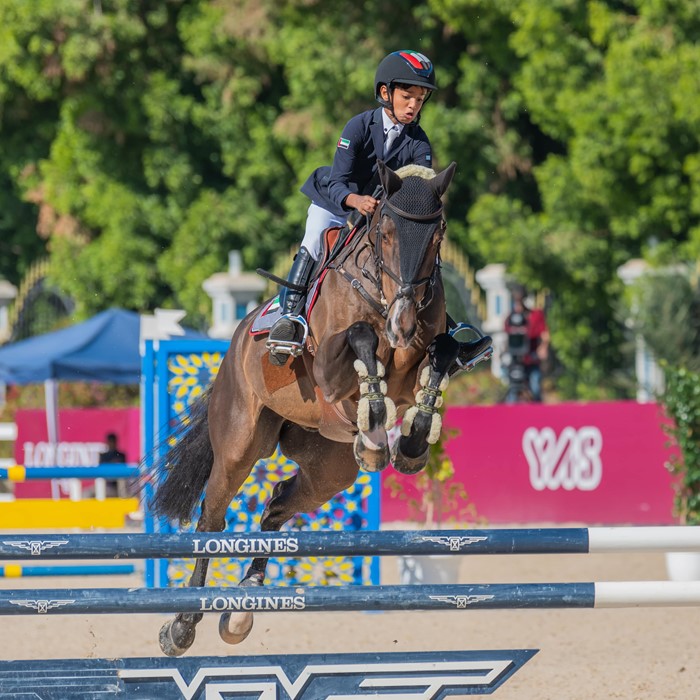 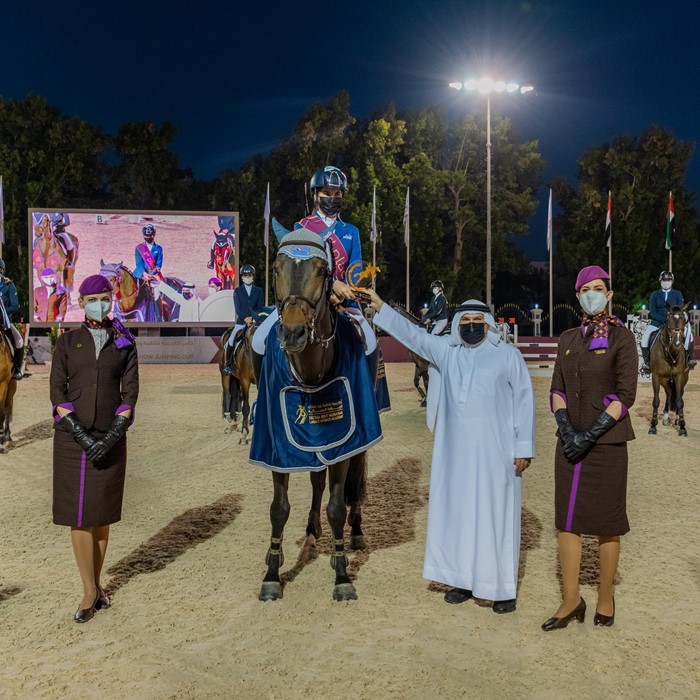 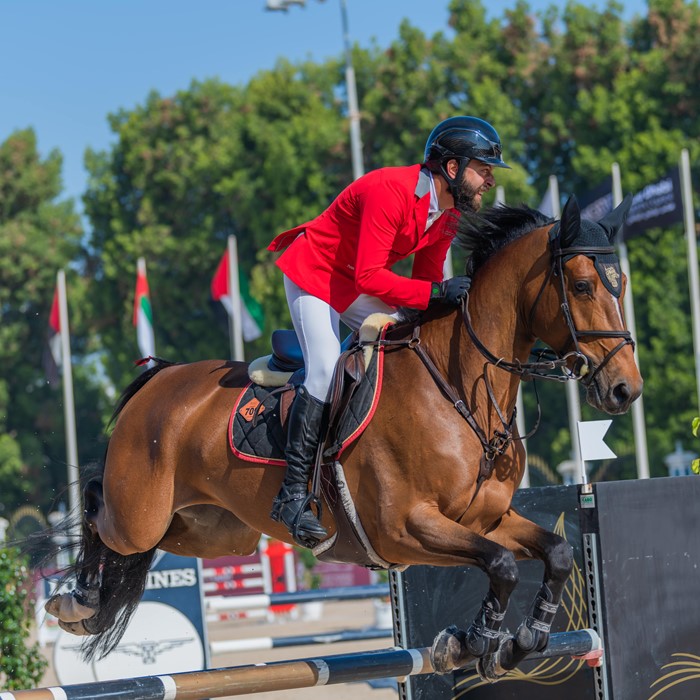