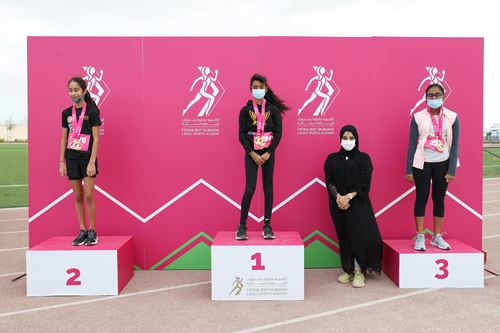 The 7th FBMA Ladies Run kicked off yesterday morning, Friday January 22nd at Al Hudayriyat Island. In collaboration with Abu Dhabi Sports Council and Abu Dhabi Public Health Centre, with the aim of providing ladies the experience of participating in a great run alongside a breezy beach atmosphere.

650 run enthusiasts joined the run and enjoyed the sport in a lively setting around the seaside and a spirited atmosphere. Participants were given the opportunity to run freely in different distances starting from 3Km, 5Km or 10Km. The 10Km run started at 7:30am and consisted of 2 loops of the 5Km course. The 5Km run started from 7:45am and the 3km started at 8:15am. Preventive measures and precautions were followed during the race.

The run took place in Al Hudayriyat Island alongside where, many other competitions happen. With a series of recreational sports activities with facilities, services and large areas that are a major factor in organizing different marathons and sport activities. To receive the largest possible segment of participants due to the popularity of this type of competitions and the high turnout among the ladies. The 7th edition of the FBMA Ladies Run witnessed a noticeable increase in the number of participants compared to last year.

This is in line with the Academy's vision to make sport an element of the daily life of Emirati women, with the great support of women's sports. This is a main factor that helped organizing this run year after year until it became its 7th edition this year. Attracting as many ladies possible to become one of the most successful activities held by the Academy in Abu Dhabi, and with a high demand from women.

Fatima Al Ali, FBMA representative, expressed her happiness in organizing the run again, and said, "All thanks and appreciation to H.H. Sheikha Fatima Bint Mubarak, Mother of the Nation, Chairwoman of the General Women's Union (GWU), Supreme Chairwoman of the Family Development Foundation (FDF) and Chairwoman of the Supreme Council for Motherhood and Childhood "Mother of the Nation" and to H.H Sheikha Fatima Bint Hazza Bin Zayed Al Nahyan, Chairwoman of FBMA, and President of the Abu Dhabi and the Al Ain Ladies Clubs, for their great support and clear vision that contributes to the development of women's sports. That has been achieved through the successes reflected on ground and women’s aspect. Also, we would like to thank our success partners, Abu Dhabi Sports Council our strategic partner, in addition to our main partner, Abu Dhabi Public Health Center and all of the supporters; the Department of Municipalities and Transport, and Al Hudayriyat Island."

In partnership with the Department of Municipalities and Transport (DMT), Al Hudayriyat Leisure and Entertainment District was developed by Modon Properties (Modon)