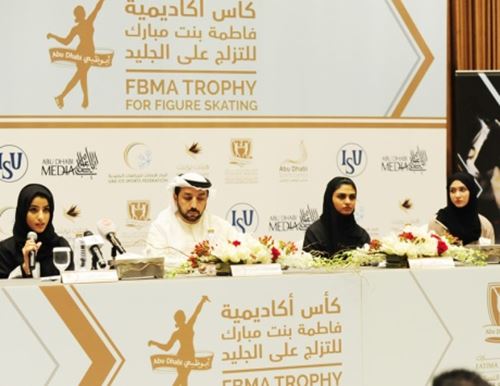 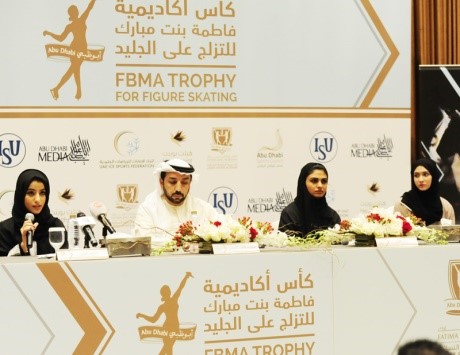 Under the patronage of Her Highness Sheikha Fatima Bint Mubarak «Mother of the UAE» Chairwoman of the General Women's Union and Supreme Chairperson of the Family Development Foundation, Chairperson of the Supreme Council for Motherhood and Childhood, Fatima Bint Mubarak Ladies Sports Academy announced that in collaboration with  Abu Dhabi Sports Council and the Ice Sports Federation , the Organization of the second edition of FBMA Trophy for Figure Skating during the period of January 22 to 23  at Zayed Sports City Ice Rink, with the participation of 66 player from 18 countries around the world.

The official opening ceremony will be held next Friday at 01:30 pm, followed by the first day competitions, while on the second day and the ceremony will conclude with the coronation of the winners and an exceptional show by the Emarati Skater Zahra Larry.

FBMA Trophy for  Figure Skating is gaining a great importance for being the only figure skating tournament in the Middle East region, which will be organized under the guidance of Sheikha Fatima Bint Hazza bin Zayed Al Nahyan, Chiarwoman of Fatima Bint Mubarak Ladies Sports Academy, Chairwoman of Abu Dhabi Ladies Club .

This year's cup includes three categories, which are beginners, junior and advanced, after the Emarati Skiers showed a good performance during last year's cup and have proven their ability to participate in international competitions and in a sport that requires a great deal of skill and precision.

Hamel Al Qubaisi, Deputy Chairman of the UAE Ice Sports Federation Said: the Federation , headed by Dr. Ahmed Mubarak Al Mazroui, is proud of the launch of the second edition of FBMA Trophy for Figure Skating, where the number of participants in this year includes a greater number of players from different countries, which confirms the success of the first edition of the Cup last year, this year four players from the UAE will compete during the FBMA Cup, defying the hardships facing women and girls in this game . He continued: The United Arab Emirates is one of the first Arab countries to participate in this kind of sports , if its not the only one.

For Her part, Nouf Ali indicated that Abu Dhabi Sports Council and within the plans and objectives of its strategy, aimed at supporting women sports and making Abu Dhabi the focus of attention for all the athletes around the world, and by supporting and organizing sports events and unique tournaments, which contribute in supplying the UAE sports more of expertise and rich experiences.

For Her part, Zahra Larry the Emarati Skater, expressed that in spite of the injury that she suffered from earlier, she will take part in this cup with her most determination keeping in mind to win the title of this Cup.