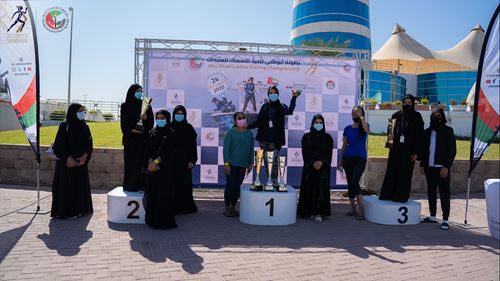 The championship’s prizes summed up to 89,000 Dirhams

Yesterday evening,  the Abu Dhabi Ladies Fishing Championship concluded its third edition, organized by Fatima Bint Mubarak Ladies Sports Academy in collaboration with Abu Dhabi International Marine Sports Club, which was held on the sidelines of the Academy's celebrations of its 10th anniversary amid strict precautions and protection measures that ensured the safety of all participants on the boats and around the breakwater zone.

A forum meeting was held last Thursday using the ZOOM application, where a leaders and representatives from the 42 participating teams attended, and the absence of any leader/representative would have led to the cancellation of that group’s participation.

The rules and regulations of the championship were shared and explained during this meeting, noting that the maximum number of people on one boat is 4 including the driver.

Also highlighted was with the presence of only 1 male driver on each boat. The boat captain will not actively participate in fishing or intervene at all; his job is to support with handling the boat ropes and preparing the bait.

During the meeting, the organizing committee stated it will be allocating prizes for the largest harvest, the longest fish and the largest fish totaling 89,000 Dirhams.

The race started off after all participating boats and 150 participants assembled by the Abu Dhabi International Marine Sports Club headquarters at 6:30 am.

All attendees showed commitment and discipline while adhering to all instructions. With great excitement Rania Mohammad was declared the first place winner after catching the highest weight, while Fatima Al Hammadi occupied the second place and Fatima Saqeel came in third place"

For their part, the academy task team congratulated the winners and shared their joy at the success of the event, especially after the great participant turnout.

The FBMA team thanked Abu Dhabi International Marine Sports Club for their great cooperation and efforts in organizing the championship and strictly applying all public health and precautionary measures to reduce the spread of covid -19 while owing the success and recommence of women championships to close collaboration between all parties.

It was mandatory for all participants to show a negative 72-hour covid-19 test. The organizing committee was also keen that everyone used their life jackets, helmets and adhered to social spacing procedures where sharing equipment, tools, etc was strictly prohibited. 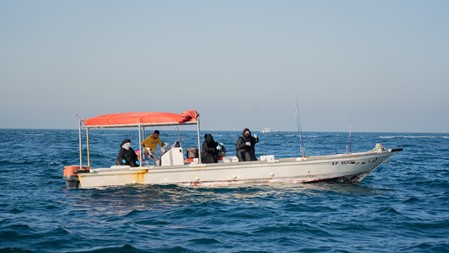 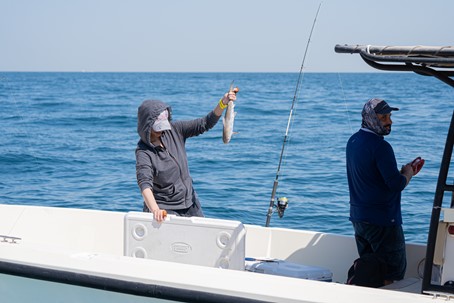