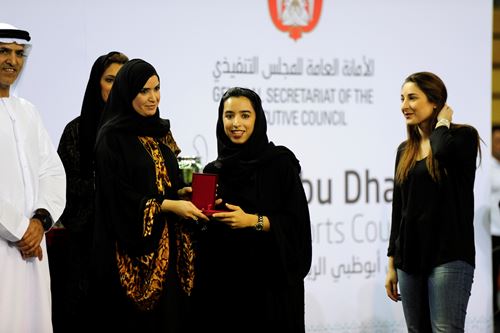 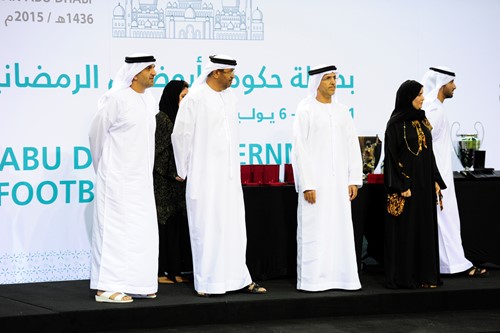 The “Senaat” Team was crowned as the championship of the second version of Abu Dhabi Government Women Football Ramadan Championship which was held with the participation of 22 teams representing governmental establishments and associations as a part of the social initiative “Ramadan Abu Dhabi”.

Abu Dhabi Media team landed third place by winning the match against Abu Dhabi Sports Council team 3-2. the same scenario of the final match of first version of the championship was repeated this year where the final match was between “Senaat” and ADNOC teams and the match ended in the original time with a negative draw before both teams resort to a penalty shoot-out that ended with the winning of Senaat team by 5-4. 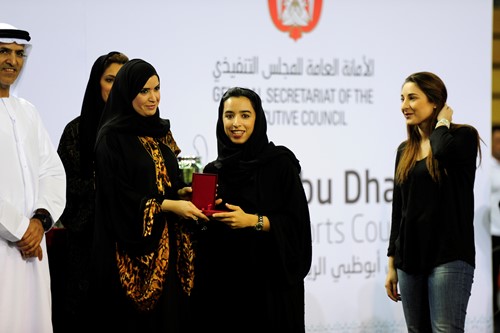 The final day of the championship witnessed a draw on numerous valuable prizes for the attending spectators including airplane tickets presented by Etihad Airways.

The draw which took place in the half time of the final match was conducted by the football stars Hilal Saeed, Sibeet Khater, Bandar Al Ahbabi, Fawaz Awanah And Abu Dhabi TV Host Salamah Al Muhairi in an initiative from Abu Dhabi Sports Council to support the interaction of professional athletes with social sports events.

Her Highness Sheikha Fatima Bint Hazza also disclosed the pride of the Fatima Bint Mubarak Academy in supporting the ambitions of Emirati women in all kinds of sports games and empowering them to accomplish their dreams and encouraging them to engage in the activities of the sport sector in order to reveal their hidden talents and finally she acclaimed the team of Fatima Bint Mubarak Academy for landing the second place in the women's category of the championship in its first participation ever in a football competition. 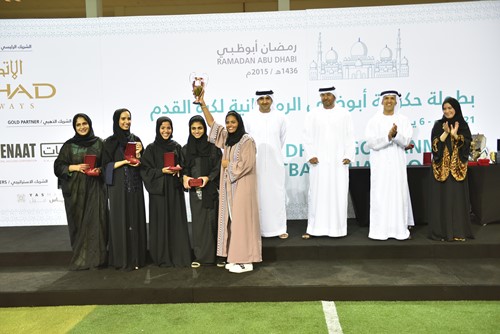 For Her part, Dr. Amal Al Qubaisi, Director General of the Abu Dhabi Education Council, Member of the Executive Council and the Executive Committee at the General Secretariat of the Executive Council of Abu Dhabi, stressed that championship came as an interruption of the guidance of the high leaders of our beloved country which emphasize on supporting social initiatives that aims bring the Abu Dhabi government employees together and enhance and develop the relationships and communication  between them in which in return develop social relations which is a strategic goal for the Government of Abu Dhabi. Dr Amal also pointed out that the great magnitude of interaction and cooperation between all teams  in the championship indicates the success of the championship in Achieving its goals through the past year.

Aref Al Awani praised the great success of the championship which came as an embodiment of the high leadership interest in achieving a high level of cooperation, communication and partnership between all of the governmental organizations, and additionally he stated that this initiative represents social and sporting gathering for all the employees of the Abu Dhabi Government and its subsidiaries.

Al Awani continued to say that the support and consideration given to all sporting and social sectors in Abu Dhabi by the Abu Dhabi Sports Council is the product great concern of His Highness Sheik Nahyan Bin Zayed, chaiman of the Abu Dhabi sports council, with presenting initiatives and programs that develop the sports sector and strengthen the social bonds between all the divisions of the community.