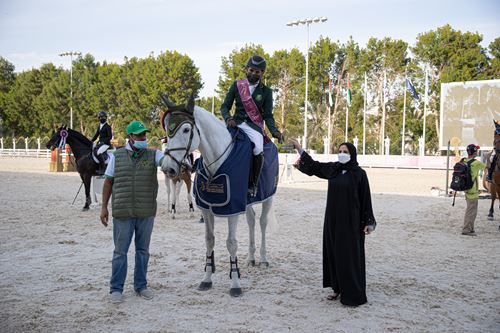 A veterinary examination to ascertain the health and physical eligibility of the horses was the first step to be carried out Thursday morning. The afternoon saw 90 riders compete in 3 categories as follows:

Commenting on his win, Chadi Ghraib the first-place winner of (CSIYH1*)   category, said: "I am very happy and pleased to returned and compete in this international cup, held for the eighth time here in Abu Dhabi. The level of competition has clearly progressed, and that’s the result of continuous training and preparation. I was also impressed by the event organization and the ability to host a large number of riders, under strict and safety precautions. A big thank you to the organizing committee and I wish all the best for the participating riders”.

HE Amal Abdul Qadir Al-Afifi, Board member of FBMA, said: “Fatima Bint Mubarak Ladies Sports Academy has always been keen to support show jumping, enhance its status and emphasize its importance. It is an integral part of our culture and identity leaving no doubt that the establishment of the FBMA International Show Jumping Cup eighth edition, is a clear translation of the message and vision of good leadership. The event invests in empowering new generations in the UAE to emerge in the sport of our ancestors and to preserve the great legacy they left for us."

She continued saying: “The Emirates has been, and continues to be at the highest level of efficiency and professionalism in organizing equestrian championships. In these exceptional circumstances, we will be on time and proactively equipped for a special and successful eighth edition. The provision of safety for all participants through the application of the health protocol adopted with the utmost accuracy, adhering to the precautionary measures has been a major priority. We take this opportunity to thank all the organizers and all supporting partners from various government and private departments and entities”.

The event will see another set of competitions on Friday and Saturday, where riders will compete in different categories for their significant trophies. No members of the public are able to attend and a number of measures were put in place to ensure the safe running of the show. Face coverings were mandatory for all course walks and venue, and multiple sanitizing stations have been installed around the site.

For those who are keen to watch some live action and who can’t attend because of current restrictions, the FBMA International Show Jumping Cup will be livestreamed from the Abu Dhabi Equestrian Club every day on FBMA YouTube channel. You can also follow #FBMASJ21 on all social media handles. 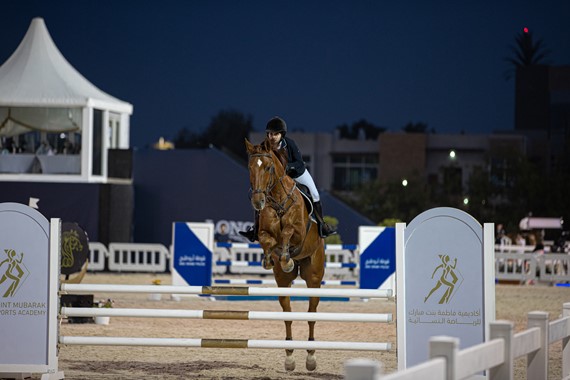